We are proud to be supported by our patrons.  They all give up their busy schedules to ensure they raise awareness of the good work we are doing in the trust, for which we are very grateful of. 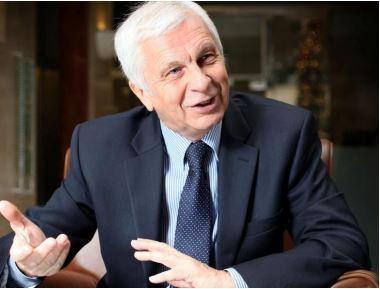 Professor Mick Waters works with the schools in the West Midlands in raising standards. This work began as part of the Black Country Challenge and has continued through the University of Wolverhampton’s involvement with the development of Academies and Teaching Schools. He works with schools in other parts of the country on innovative approaches to learning and on several other initiatives to push the boundaries for making learning better.

Mick is an Honorary Fellow of the College of Teachers and supports several educational causes. He is a patron of the Children’s University which offers a range of learning opportunities beyond the school environment and of SAPERE which promotes Philosophy for Children as a route to learning. Mick is also a patron of the Curriculum Foundation, which seeks to promote a voice for the power and potential of the whole curriculum. Mick supports the National Association for Environmental Education as a vice president and is also chair of CoEd which promotes compassionate education.

During his career, Mick has been a teacher and head teacher before working at senior levels in Birmingham and Manchester Local Authorities. He worked at a national level with the Qualifications and Curriculum Authority where he was Director of Curriculum.

Mick believes that learning should be treasured and valued and that it needs to be shaped to fit with children’s lives. People in schools need to set understandings of their children alongside the learning they should meet to create learning that is irresistible.

Mick believes in being close to teachers, children and schools, and is often to be found in the classroom working with children. He has written books on the curriculum, teaching and learning, and leadership, as well as making presentations at numerous national and international conferences. He is passionate about the role of education in improving life chances for pupils. He enjoys asking adults to look at learning through the eyes of a pupil.

Unfortunately not the ones with chocolate chips.

Some cookies are necessary in order to make this website function correctly. These are set by default and whilst you can block or delete them by changing your browser settings, some functionality such as being able to log in to the website will not work if you do this. The necessary cookies set on this website are as follows:

Cookies that are not necessary to make the website work, but which enable additional functionality, can also be set. By default these cookies are disabled, but you can choose to enable them below: